Things to do in Swaledale & Arkengarthdale 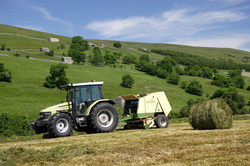 Swaledale is the perfect place to retreat from a busy world and enjoy the pure air. As James Herriot wrote, “… on the empty moors, with the curlews crying, I have been able to find peace and tranquillity. It is a land of pure air, rocky streams and hidden waterfalls.”

The River Swale is one of England’s fastest flowing rivers, rushing its way between Thwaite, Muker, Reeth and on to Richmond. At the head of Swaledale is the tiny village of Keld, the crossing point of the Coast to Coast Walk and the Pennine Way long distance footpaths. At the peak of the lead mining boom, Keld was a far larger place – learn some of its history at the Keld Heritage Centre.

Moving further north, the moors start to take over and the landscape becomes wilder and more remote. Arkengarthdale is perfect for those who prize their solitude, unless they want to sample local beers at England's highest pub at Tan Hill. On the moors you’re likely to see the small, shaggy and hardy Swaledale sheep. They are key to the livelihood of many Dales farmers and the emblem for the Yorkshire Dales National Park.

In the lower areas, you’ll see tranquil hay meadows (at their best in the early summer months) bordered by a myriad of dry stone walls and punctuated by field barns. The hay meadows are filled with wildflowers, insect and bird life.

It’s hard to believe these calm pastures and wild moors were ever a site for industry but at Gunnerside Gill you can still see the remains of the former lead mining industry. Find out more about local life by visiting Swaledale Museum in Reeth or Hazel Brow Farm.

Many people will recognise a special part of Swaledale from the title sequence of the TV series 'All Creatures Great and Small', when Siegfried’s car splashes through the stream. This beautiful spot sits in a dip in the moors beside the minor road from Low Row to Arkengarthdale, and is the perfect place to relax and take in the scenery while you enjoy a picnic of delicious local food.

Swaledale’s only town is Richmond, where the 100ft high Castle walls and sloping cobbled market place dominate the town. The Georgian Theatre has an intimate feel and fascinating history and at nearby Richmond Station you can enjoy a film and visit artisan food producers. Busy local events include the Swaledale Festival, and Muker and Reeth Shows.