Settle, the Three Peaks and Ribblesdale

14 things to discover when you explore Settle 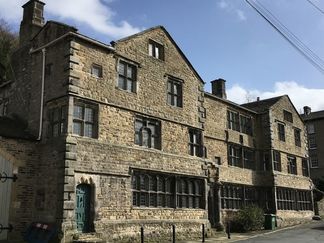 1.  One of the most beautiful & remarkable historic buildings in the Dales - Settle Folly, a Grade 1 listed building built in 1679, home to the Museum of North Craven Life and The Folly Coffee House.

2.  Around the Market Place there are numerous Grade I and II listed buildings. Look out too for Victoria Hall, the well-loved busy performance space.

3.  Settle Stories gather people together to demonstrate the transformative power of story-telling. They run the Settle Stories Storytelling Festival each Spring, and are also keepers of the W.R. Mitchell Archive, the legacy of legendary Dalesman Bill Mitchell.

​4.  Settle was recently re-born as the fictional Bruncliffe in the new Dales Detective series 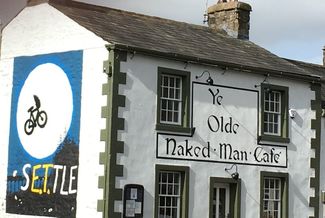 5.  Ye Olde Naked Man Café is here - one of England's most photographed cafes.

6.  It's got some quirky events - have you been to the Settle Flowerpot Festival?

7.  It's also home to the wonderfully named Goad & Butchers solicitors!

8.  Look out for plaques on buildings by the Market Place telling you about Elgar's stay there and another famous resident, Benjamin Waugh who founded the Society for the Prevention of Cruelty to Children.

9.  A few minutes walk above the Market Place is Castleberg, a remarkable setting that has attracted visitors for centuries to walk, climb and enjoy the view.

10. ​ After that you might want to discover one of Settle's many dog and human-friendly pubs!
Sometimes places open or close unexpectedly & they don't always tell us! Please always check opening times in advance.